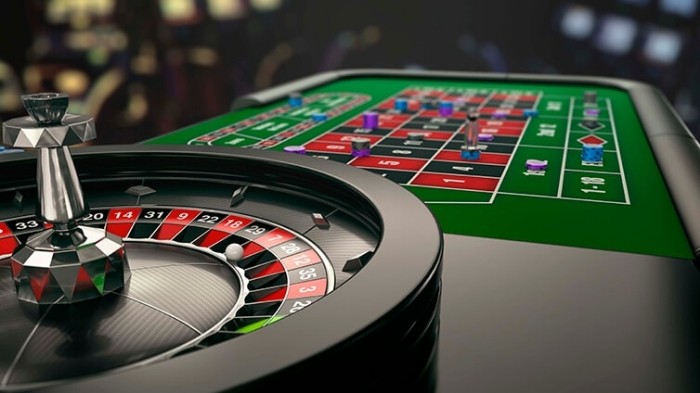 People play casino games for various reasons but always with the same end goal: to win. However, many believe that you need to be a very skilled gambler or a high roller to get lucky. As you will learn from the article below, this is not necessarily true.

You may already be asking yourself what lies in the essence of winning – serendipity or skill, or both? This is a tough question to answer. To begin with, it all depends on the kind of game you are playing. You are likely to win most skill-based table games like poker and blackjack if you have advanced knowledge and experience.

Many individuals choose to dedicate their professional careers to games like poker. Most of us have heard the names of famous poker players like Daniel Negreanu, Phil Ivey, Phil Hellmuth, etc. Many have even had the chance to witness some of the most popular poker tournaments and feel the real thrill of being a poker pro.

However, it takes a lot of practice and expertise to become a truly great poker player. Besides, even in skill-oriented games like poker and blackjack, luck always plays its part. Thus, there is no guarantee of winning, no matter how advanced your skills are.

That said, there are other types of games, which require you to have no skills at all. For instance, scratch cards, slot machines, and lottery-like games are entirely luck-based formats. To succeed, you need no strategy whatsoever. All you have to have is fortune on your side. As obvious from the examples below, sometimes, even people who are new to the game have the chance to win.

Patricia Demauro, a sweet grandmother from Denville, New Jersey, is the perfect example that even novice gamblers can win big if fortune favors them. Patricia coined the record for the longest ‘Golden Arm,’ meaning she played craps for more than an hour without losing. The lady rolled the dice 154 times for a period of 4.18 hrs.

What is even more intriguing than this huge success, however, is that this was Patricia’s second time playing craps in her life. She was staying at the Borgata Hotel Casino and Spa in Atlantic City with a friend when she was keen on hitting the slots. After a while, Patricia got bored with spinning the reels and decided to join the craps table.

The New Jersey grandmother never revealed the exact amount she won. What we know is that she used part of the money to take her grandkids to Disney World. Another piece of information says she went on with her life and did not gamble ever again.

Jon Heywood: From the Battlefields in Afghanistan to the Guinness World Record 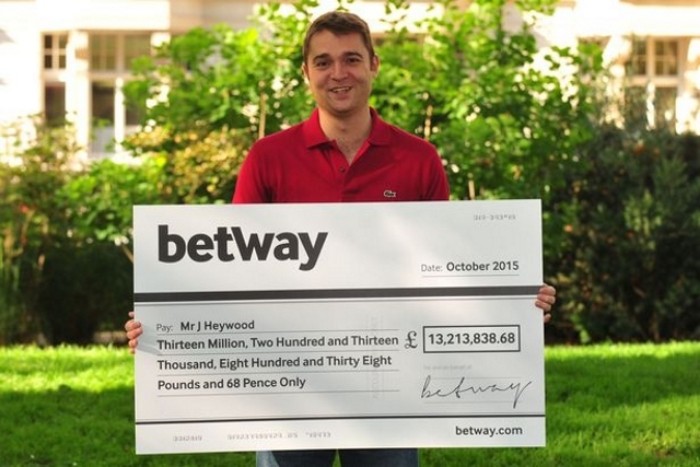 In October 2015, the life of former British soldier Jon Heywood changed forever. The then-26-year-old Brit had recently returned home from a military mission in Afghanistan and had been working a minimum-wage job. However, fortune favors the brave, and only 25 minutes within registering at an online casino, the man hit a jackpot of £13.2 Million (approximately $17.7) from Microgaming’s Mega Moolah slot.

This became the Guinness World Record for the “Largest jackpot payout in an online slot machine game.” Jon won the groundbreaking amount by betting only 25p. He continued working his minimum wage job until the money was transferred into his bank account. Afterward, he used the jackpot wisely.

The former soldier took care of his parents and paid his father’s huge medical expenses. His dad had been suffering from a severe illness that required a couple of transplantations. Jon also bought a new house and quit his low-paying job to start a home renovation business. Recently, he became a family man and is now invested in his loved ones.

As for the Mega Moolah progressive jackpot online slot, we must say that it has become one of the most popular digital games. Microgaming’s machine has consistently provided excellent jackpots to players worldwide. In fact, it is claimed that in January 2019, a Canadian user hit a CA$ 20,059,287.27 (USD$15,707,567) jackpot playing the slot. However, the winner has requested to remain anonymous, and no further details have been disclosed. 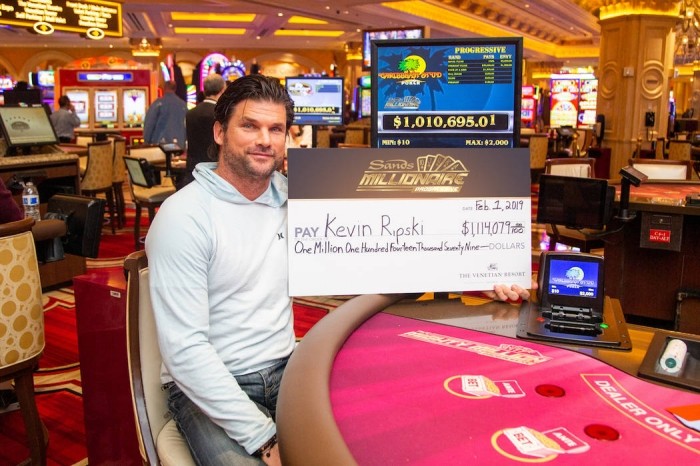 Kevin Ripski is a Canadian from the city of Ontario, who won a $1,114,079 jackpot playing Caribbean stud poker at the Venetian in Las Vegas in 2018. In his own words, the Canadian played “blind” while watching TV, hoping the dealer would surprise him. And, boy, what a surprise he got!

Kevin pocketed the jackpot thanks to a natural royal flush. The man said he would use the money to visit a few of his favorite American football teams’ games, travel, and play golf. 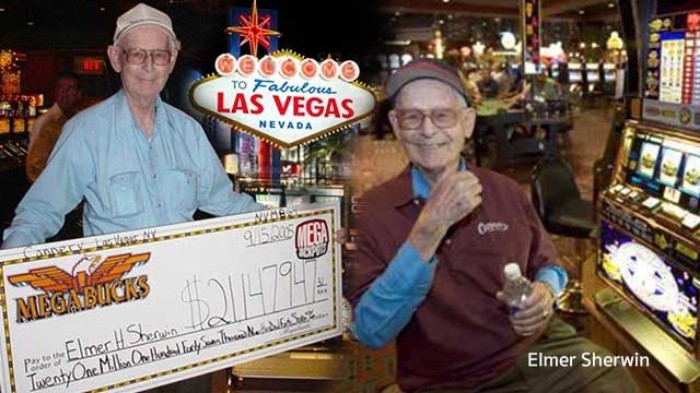 If you are a fan of the Megabucks slot, you have probably already heard about Elmer Sherwin – the American who hit the game’s jackpot twice. The retired man had been into casino games since his early adulthood. However, he had no substantial wins until he retired and started traveling around in a mobile home with his wife.

In 1989, they went to Las Vegas to visit relatives and play some casino games. This was when the first win of $21.2 million occurred. Elmer did not give up and continued playing because he wanted to become the first person to win the Megabucks Jackpot twice. And he did. In 2005, the elderly gentleman hit $4.6 million in the Vegas Cannery Casino & Hotel. 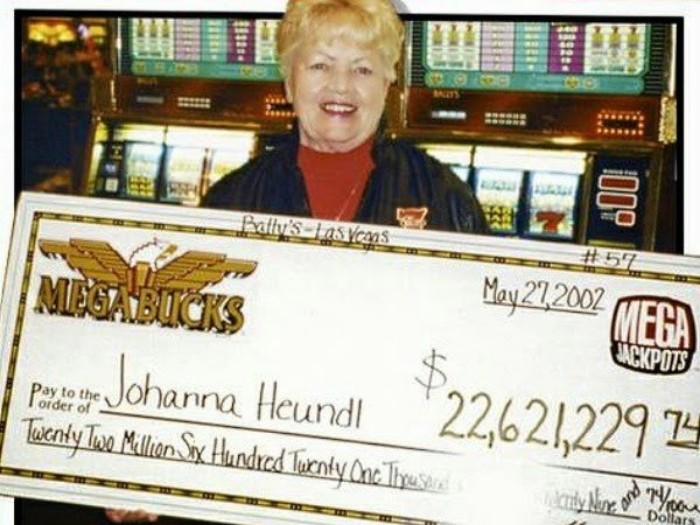 Another Megabucks fan, Johanna Huendl from Vienna, Austria, won a $22,621,230 jackpot in 2002. She was staying at the Bally’s Casino Las Vegas. On her way to the breakfast buffet, she felt a sudden urge to play Megabucks after she had seen another person win $3,000. Imagine her surprise when she hit the massive jackpot!

As you can see, winning big is possible even if you are a casual player who is into the game for the sheer fun of it. All you need is a bit of luck, and a grand jackpot could be yours. That said, we advise you to play responsibly. Casino gambling cannot serve as your primary source of income due to the serendipitous nature of the games.

In this regard, players like Jon Heywood, who have used their jackpot winnings to invest in the areas of their lives that needed improvement, can only serve as positive examples. 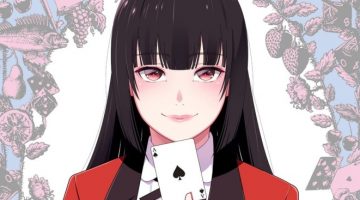 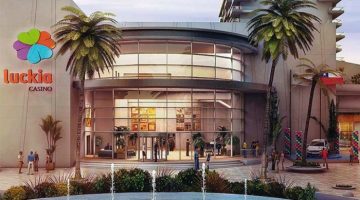 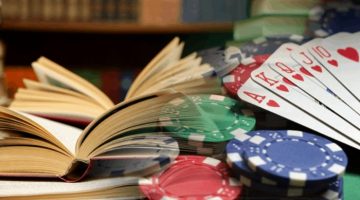